Out of the house, big ol’ open world (neighborhood), fresh air and a nice day for a run (jog/walk).

Endorphins kick up random thoughts. (You know how it goes)

Creator thought up a food chain. Big fish eat little fish. Big animals eat little animals. Animals (unfortunately) get hit by cars. Creator pre-anticipated this and thought, “Ish, what a mess that would be.” Then,

Turkey vultures swoop in; do the yummy cleanup.

I run a little faster. The air is fresh again.

Up ahead, workers are landscaping a yard with fresh shrubs and flowers. Nice.

I keep running. Try not to breathe.

Yessiree, Bob. Creator’s got a sense of humor.

Big fish eat little fish. All animals eat one thing or another. Lots of animals. I love them all.

Just after The Beginning, Creator said, “Crap. What do I do with it?”

A seven-ish day ponder and then — “Ah-ha! They will use it to grow beauty!”

Only a creator with a sense of humor would think of this witty use of available resources.

Inspired by Creator’s wink and encouragement to get that blood flowing, I run a little faster, past the freshly spread manure fertilizer.

That Creator – what a character.

Those who say, “Beauty doesn’t come from crap” are wrong. They just have to run a little faster, get past the stench, and return on the seven-ish day.

Where do your poems grow?

in skies and seas

Find them, hold them, smell them, taste!

(The handwriting in the above photoshopped image belongs to John Steinbeck, author)

Last night, Thanksgiving evening, I relaxed on the couch with my turkey sandwich and watched the documentary, “Won’t You Be My Neighbor.” Especially in this political climate, the perfect way to end the day of gratitude.

And so, with the new release of “It’s a Beautiful Day in the Neighborhood,” I believe this writing to be timely.

Little did I know that on a special day in November 1993 (note fanny pack and hairstyle) I would unexpectedly be invited into Mr. Rogers’ world.

I was attending an early childhood conference in Anaheim, CA and decided to bring my mother along for a little getaway. Mr. Rogers would be the keynote speaker that evening.

That morning, Mom and I cruised the giant exhibit/presentation hall. That’s when I heard the familiar voice – not through the television, not through a microphone, but behind me.

Rounding the partition, I found the man himself speaking with David, his assistant. I suppose they were discussing setups for the evening’s presentation.

Thrilled beyond reason to meet a man who cared deeply about the well-being of children, I introduced myself – told him about being a director of a child development center, about being a mom, and thanked him for his continuing service to children. Then, in his gentle way with words, he thanked me.

That’s when my mother said, “I’m just the grandmother.”

Mr. Rogers’ eyes widened. He spoke to Mom for a while about the importance of grandparents in the lives of young children. She stood a little taller. It was as if he knew she needed to hear those words.

“Mr. Rogers,” I said. “I so wish I would have brought my camera along to show the kids at my center.” (This was before iPhone and digital cameras)

“Oh, that’s all right,” he said, and turned to his assistant. “David, can we borrow yours?”

After David took our photo, Mr. Rogers added, “Now a picture with grandmother.” (It is one of my favorite photos of my beaming mother)

After the photo op, Mr. Rogers asked David to please send the pictures to me. I received them within a week.

The speech he gave that night was, no surprises here, about love. It was also about the importance of inspiring children by showing them the things you love to do – reading, playing an instrument, singing, etc. – anything that may encourage their sense of wonder.

On a shuttle from the conference back to the hotel, attendees were buzzing about Mr. Rogers. Here’s an amazing account from another person who had an encounter with Mr. Rogers.

(paraphrasing) “Years ago, my four-year-old daughter and I ran into Mr. Rogers at the airport where he sat eating an ice cream cone. My daughter ran up to him. As he spoke to her, I assumed he felt a bit guilty for eating ice cream in front of her because he asked if she wanted a taste. So,” she told us on the bus, “I ran up to him at the conference and told him how my daughter never forgot that day at the airport. And do you know what he said? He said, ‘And how is Elaine?'”

Today, I wish the politicians who bully and berate others could have a healthy dose of “Mr. Rogers.” Because, what they don’t understand is this – the children are listening. Are these the behaviors we want engrained in our youth?

When I think back on that special day in 1993, I try harder to focus on kindness. And when I do? I stand a little taller.

“We live in a world in which we need to share responsibility. It’s easy to say ‘It’s not my child, not my community, not my world, not my problem.’ Then there are those who see the need and respond. I consider those people my heroes.”

A simple breath, the bubble forms

then floats in search of things adored

She dipped below an ocean wave

And gave with grace a treasure saved

of centuries old, its story told

seasons more to yet unfold

From Collections from Breathing – a WIP book of poetry

When flying, they always say “place the oxygen mask over your own mouth and nose before assisting others”.

This is a reminder to always take care of yourself first and, if lost, reclaim your position in life. 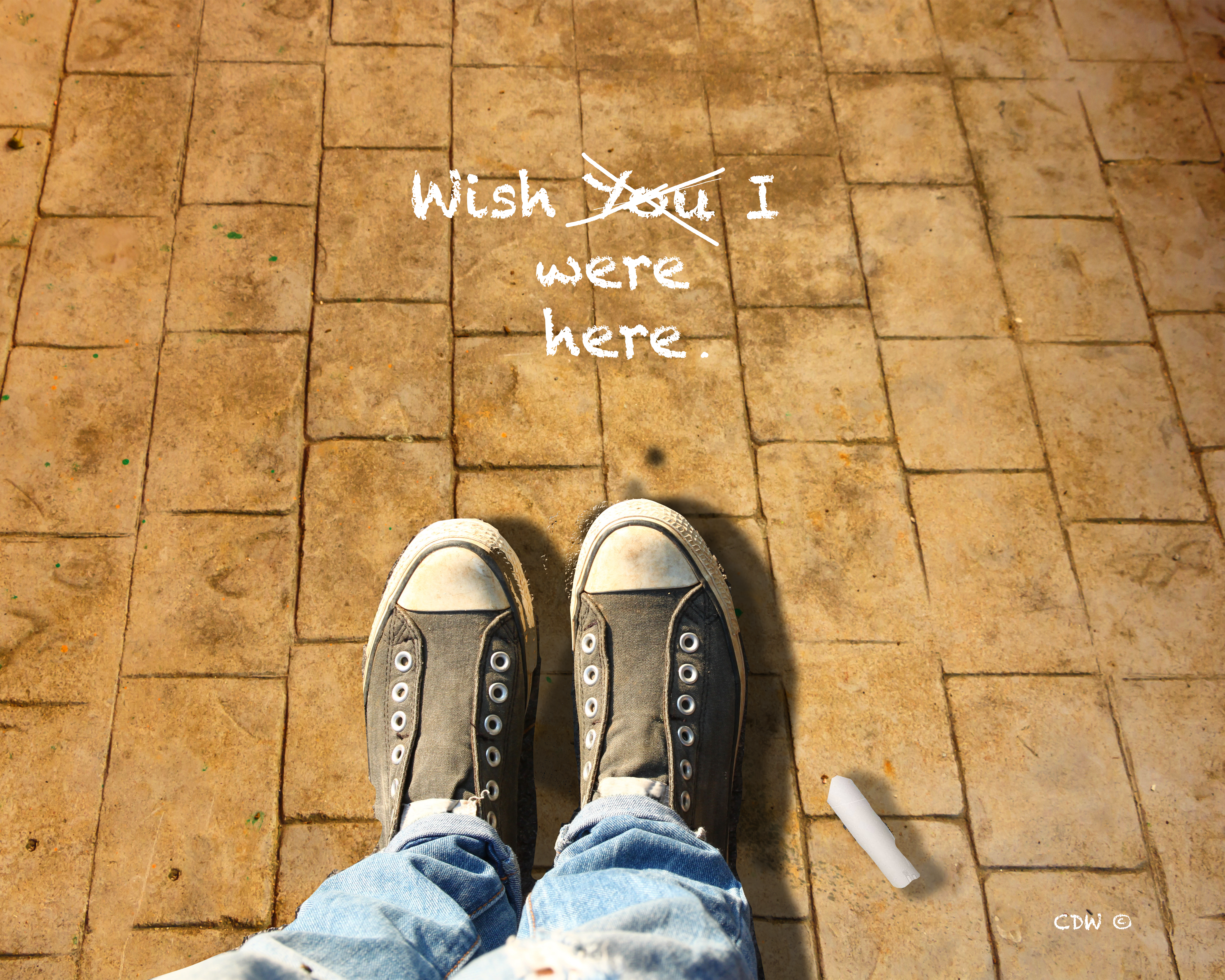 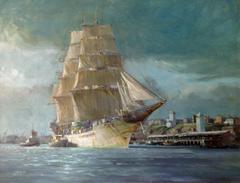 To taste the smells of distant shores

contents of wares within wooden crates

to reach my hand between the wooden slats

and feel the relics

those tastes of memories.

To taste the smells of distant shores

woven by still, sure hands

the taste of skill and craftsmanship

of those who came before.

I want to taste the smells of distant shores

the ports of entries open

for senses to rouse

for eyes to open

The human course, it often baffles –

who wants the giveaways of maniacs?

No, they can keep their judgement raffles.

But if something makes our bellies churn

the core, an apple rotten,

then curious it makes our eye

perhaps, it’s then, we learn.

This is Mary Jane.

She is a paper doll created by Milton Bradley Co. in the 1950’s. 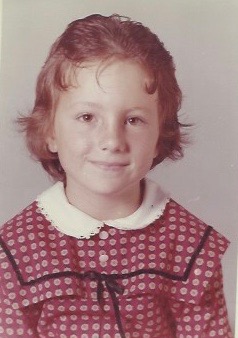 This is Paper Doll Me created by, well, me a few days ago.

Why a paper doll? Why here? Why now?

I can tell by looking at her that me, I mean Sparky, and Mary Jane wouldn’t have had a lot in common back then. Not that you should judge someone by appearance but she looks like Miss Goody Two-Shoes. I bet she followed all the rules and never once tried to do something new, challenging or creative.

I bet she never once hid in a gutter, yelled at her mother, or grew to get caught by the principal for smoking cigarettes in the girls bathroom in middle school (we called it Junior High back then).

In fact, she looks just like Lori, the tattle tale girl who ratted me out for lying to my mother when I was five.

So, I stole, I mean borrowed, some of Mary Jane’s clothes. They are mine now and Sparky can wear them for better purposes than to have mundane tea parties with preppy little girls who never climb trees or scrape their knees.

But don’t let the clothes fool you. Wearing one of Mary Jane’s prim and proper dresses won’t take the girl out of her true skin. (Besides, she’s made out of cardboard).

She’s packing up now, getting ready to see what kind of troubles her memories will stir up.  As Dad used to say, “Time to separate the sheep from the goats.”