I listened to those summer bugs, the cicadas, the ones that sound like sandpaper being rubbed together. Aunt Nolie’s radio started to crackle. We knew we were getting close.

Finally, we heard the announcer, Clem McCarthy, saying that the fight was about to start right there in New York’s Yankee Stadium. I tried to picture Yankee Stadium, but I hadno reference for it. Instead, I pictured a crowd a whole lot bigger than the carnival tent in Ranger.

The crowd on the radio roared. We sat real quiet, listening to every sound that came through Aunt Nolie’s brown box. Even Dad sat there with us, leaning forward with his hands folded under his chin like he was really there.

Joe had Max up against the ropes and then knocked him down three times. In two minutes and four seconds, Schmelling got in only two punches. The fight was over.

Joe Louis, the man that says, “He can run but he can’t hide” and “Everyone has a plan until they’ve been hit,” had marched right into that ring in front of thousands of people—heard by a million more—and showed us a thing or two about how to get things done.

Boxing’s not my career; it’s more like a survival skill that keeps me alive. I’ll use those skills when I need to, like when I arrive in Temple in a couple of hours, stare into my dad’s eyes and say, “Ding, ding, round one.” 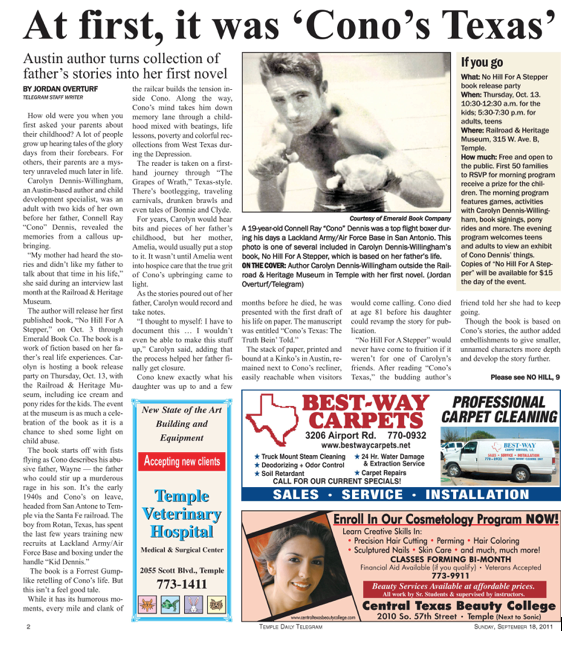 excerpt from No Hill for a Stepper

2 thoughts on “He Can Run But He Can’t Hide”